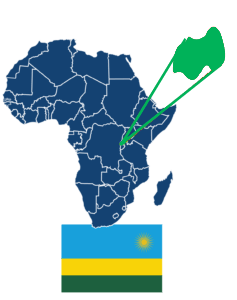 The Constitution is the Supreme law in Rwanda and any law or custom in conflict with it is null and void to the extent of its inconsistency. Rwanda adopted a new Constitution on 26th May 2003. A number of laws have been revised since Rwanda embarked on legal reform process after the 1994 Genocide and these include, Law modifying and complementing of relating to the code of criminal procedure, organic law determining the organization, powers and functioning of the superior council of the judiciary, law modifying and complementing the law on the statues for judges and other judicial personnel, organic law modifying and complementing the organic law determining the organization, functioning and jurisdiction of the courts and law establishing the organization, functioning and jurisdiction of the Supreme Court. However, the reform of commercial laws is still on-going. It is important to note that Rwanda is a civil law legal system now undergoing a transformation from purely civil law to a merge between civil law and common law. The evolutionary process has led to the reform of several laws such as the penal code, and the law of evidence among others.